For many of us, the gym is like a sanctuary – sacred ground. You walk in with a sense of reverence and respect as your mind and body become one in the zone.

You turn on your favorite pump music, grab a set of dumbbells, sit down to do an Arnold press and the guy next to you is on his cell phone talking to his bro about the girl he took home the night before. All of a sudden, your sacred temple turns into the gateway of hell.

Here are a list of gym etiquette so you respect a place that deserves respect: 1. Shut Up and TRAIN: Get off your phone. It is obviously not enough you’re glued to it 24/7. Pretty soon guys will start asking if they can legally marry Siri. Stop talking, stop texting, stop updating your facebook status, stop stalking your ex, stop watching cat videos. If you want to be on your phone ,there’s a place for that – OUTSIDE of the gym.

2. Stop Looking at Yourself and TRAIN: Sure, we realize there are mirrors everywhere. But, if you’re that one dude who stares at himself the entire time….you know, the guy who watches himself even while he is walking from one bench to another…it’s time to focus your attention elsewhere. Put your mind in your muscle, not on lusting after yourself. It’s fine to be proud of your body, but it’s another to be a narcissist about it. 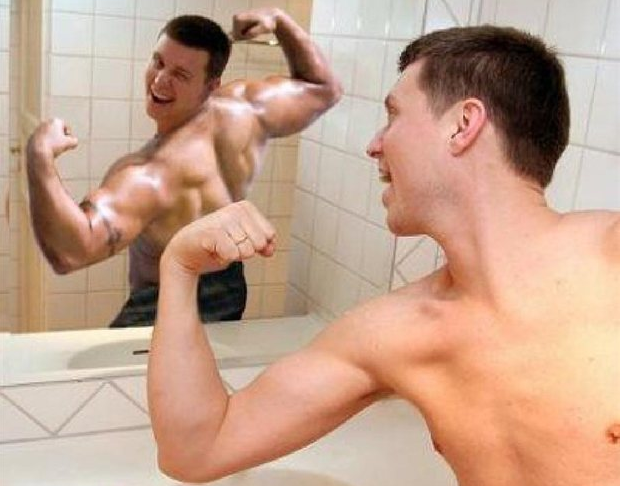 3. Stop Taking Selfies and TRAIN: Yes, we have probably all been guilty of this at some point. I know I have. We like to have photos that show our progress and it isn’t a bad feeling to have positive comments on the web. The problem is when you’re taking multiple shots during one training session. Between sets you’re posing, not to practice for a competition, but for a photo. 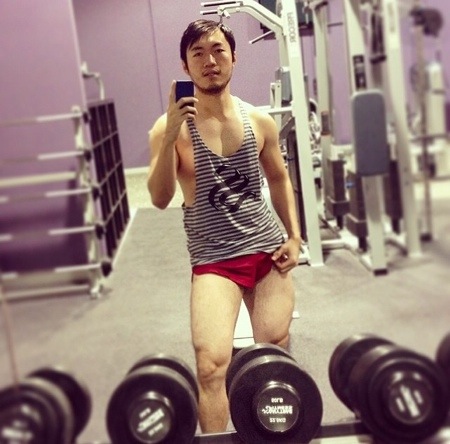 4. Clean Up Your Sh*t and TRAIN: One of the worst things for me as a germ-phobe is getting to a bench that is still drenched in some other dude’s sweat. I’m glad you’re working hard and all, but the least you can do is wipe off the bench. Common gym courtesy. It is also logical not to make every bench turn into a slip-n-slide.

5. Re-rack Weights and TRAIN: I’m not one of the heaviest lifters at the gym, so when I go to do some chest presses, having 350 lbs on the bar for me is nothing short of a miracle. Then, on the flip side, I can’t stand it when I go to grab a set of 45’s and one is there, but the other one is on the floor, alone, sad, and solo. Not to mention, I wasted 5 minutes trying to find it.

6. Stop Staring and TRAIN: Obviously, there are usually some smoking hot gals training at the same time you’re there. It is natural to take a glance or two, but the long stare at the perfect curve of her a$$ isn’t helping your muscle gains, except for one. Plus, she’s there to train, not to have guys undress her with their eyes. Pay her respect and instead of staring, give her a compliment that is not sexually inappropriate.

7. Stop Clubbing and TRAIN: Pumping through your earbuds is your favorite tunes and sometimes you want to just sing along and break out in Michael Jackson “Thriller” moves. Hold it in, bro…hold it in. Remember that show ‘So you think you can dance?’ – ’nuff said. This also isn’t an audition for American Idol. I’m guilty of doing the head nod with each bass beat, but I’m not getting jiggy with it between sets or rapping Jay-Z at the cables. Save your mad skillz for Saturday night.

8. Stop Interrupting and TRAIN: There you are, on your 4th rep and some dude walks so close to you that you have to move over even though there is ample space. Speaking of space, ever heard of personal space? Then, that same guy, walks over to you on your 7th rep to ask if he can use your bench. If you’re that guy, take a clue. Give people enough space to train without having to move and don’t talk to them during sets. You can wait until they’re done. 9. Stop Stinking and TRAIN: To the dude who doesn’t wear deodorant, c’mon man…I need clean air to breathe. Nobody likes a gym skunk. I know after training hard we don’t smell like a bed of roses, but you can always quickly find the guy who just reeks like he hasn’t bathed in weeks and fell into a vat of cat urine. Respect the gym air and go clean thyself.

10. Don’t Drop-n-Scream and TRAIN: There is just nothing better than hearing a huge amount of weight hit the floor following by a loud scream of a caveman on hunt for Stegosaurus. It is distracting for everyone else who is trying to concentrate. You can’t help but break out of your zone and turn around making sure someone didn’t just drop the weight on top of their head. Don’t throw the weight down. Seriously. Just stop it already.

Thanks for reading! Now go TRAIN.